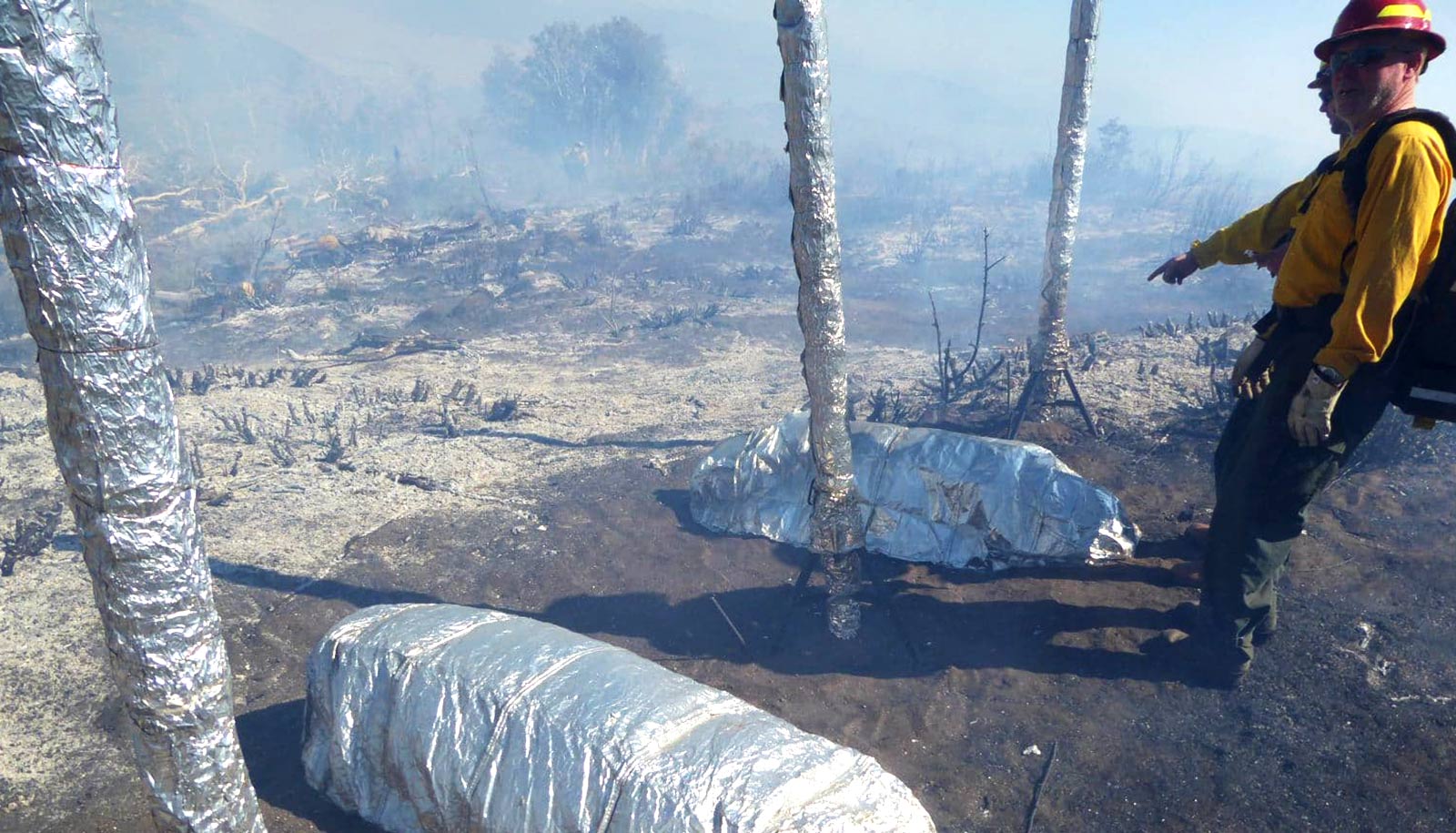 You are free to share this article under the Attribution 4.0 International License.

According to a new study, four new shelter designs to protect firefighters trapped in wildfires could increase survival time over the current industry standard.

In laboratory simulations of wildfire burns – where a wildfire sweeps through a group of firefighters or trapped equipment – temperatures inside the shelters remained within survival limits longer and the shelters put more time to open.

The researchers hope that the findings in the International Forest Fire Journal, along with field trials across North America, could spur the development of new, better shelters. Additionally, they hope the results will inform new standards for shelter design and testing.

“For the wildland firefighter, deploying shelter is the last thing they want to do — it’s the last resort, the last line of defense,” says co-author Roger Barker, professor of textile technology at North Carolina State. University and Director of the Textile Protection and Comfort Center (TPACC).

“While there’s no such thing as ‘fireproof’, what we’re trying to do is save time. We were able to demonstrate that our shelters could increase the time to failure, a time that could be critical for survival. »

One problem with the industry standard shelter is that the aluminum outer layer will melt on contact with a direct flame.

“In light of the shelter failure mechanisms we have observed during wildfires, we thought we could develop better shelters that provide enhanced protection by incorporating an internal thermal barrier and additional thermal insulation into the construction” , says lead author Joseph Roise, a professor of forest and environmental resources. “We know we can make a better shelter.”

With this goal in mind, the researchers designed two top prototypes and two lighter versions weighing less than 5 pounds. They added insulating materials and experimented with different seam designs to keep them from collapsing.

In the TPACC lab, researchers tested the designs against the industry standard in a test chamber called the PyroDome Turbulent Flame Fire Shelter Test System. They blasted the shelters with a direct flame from propane burners for 60 seconds and measured how long it took for the floor temperature of the shelters to reach 302 degrees Fahrenheit, the temperature threshold for survival. They also installed cameras inside the PyroDome to see when the inner layer of the shelters would open.

All prototypes had improved survivability measurements over the standard, which reached the survivability limit in less than 40 seconds. Meanwhile, the temperature in one of their designs was well below the 60-second survival temperature limit.

The researchers also tested the performance of the shelters under various conditions during controlled burns in Canada, California, North Carolina and South Dakota. However, they found that the field tests were not reliable enough to draw statistically significant conclusions due to wind, fuel and fire conditions.

“We went all over North America to find different fire conditions that would give different types of fire exposure,” says Barker. “What we found is that there is so much variability in the field test, which confirms how useful it was for us to have PyroDome.”

The two tests conducted in Southern California had the best burning conditions, and the researchers found that one of their prototypes performed well during a burn-over. In a test in South Dakota, researchers witnessed shelter failures when grass roots caught fire to spread under the walls inside the shelter. This underscored the importance of thoroughly cleaning the area around the shelter, and even scraping underneath to remove any organic matter.

“If you have a sample of two, you can’t make statistical comparisons,” says Roise. “But we saw that after the test in California, one of our most successful prototypes took the brunt of the fire. It was totally burned on the outside, but the inside was not damaged. .

The findings could give manufacturers and people developing these shelters a new target to aim for in terms of testing and minimum performance requirements, Barker said.

John Williams, former research assistant in forest and environmental resources at NC State, and John Morton-Aslanis, research assistant at TPACC, are the co-authors of the study. The Department of Homeland Security’s FEMA Firefighters Assistance Grant Program funded the work.